GETTING MARRIED? REGISTER FOR A FREE WEDDING PLANNER & A CHANCE TO WIN A $2,500 WEDDING PACKAGE! 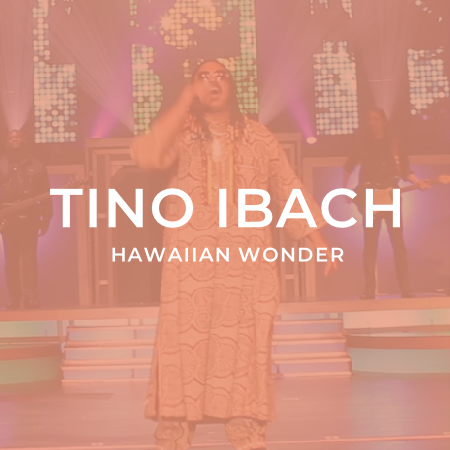 Because his Stevie Wonder impersonation is so, so good, fans and consumers are often surprised to realize Tino is an educated and studied musician, professional classical guitar player, and well rehearsed vocal mimic.

Cher, Shaggy, Michael McDonald, Bruno Mars, country, rock, Tino has the unique ability to cover mainstream artists so accurately, that he has been accused of lip syncing during his performances.

This clever and unique ability to vocally mimic many artists, spawned a (now famous) ritual at many of Tino’s jobs called “Suicide Karaoke”

“Suicide Karaoke,” allows 5 seconds for audience members to shout out their favorite band or artist… then Tino’s cleverly picks out and typically does all of them, right there on the spot.  It’s truly Las Vegas level entertainment at the local bar/restaurant and private residence level.

Q What is the

Studied linguist and show performer, Tino's moniker as the "Hawaiian Wonder," covers both his World famous Stevie Wonder tribute artist work, and, his wonderous ability to vocally mimic many different cover artists. So well in fact, he is often asked if he is lip syncing during live performances.

Q Can I hire you for a private event?

Advice: Send a date, even if its tentative, ASAP. Tino is often travelling out of town with Legends In Concert.